Through an array of services, we address the needs of older adults in our community – physically, financially, emotionally, socially and Jewish-ly. Our trained and dedicated staff is here to make sure that all Jewish older adults in the Lehigh Valley remain comfortable and connected.

If you or someone you know could use a friendly visit or would like to be part of a Jewish communal experience, contact Carol Wilson at 610-821-8722 or cwilson@jfslv.org.

Our friendly, professional staff and trained volunteers are available to make one-on-one visits to older adults in their homes.

If you or someone you know would like a visit, or you would like to volunteer to be a visitor, contact Carol Wilson at 610-821-8722 or cwilson@jfslv.org.

When Ella* called JFS about a year and a half ago, she was struggling a great deal. Her cognition and mobility were declining as she aged, which meant that her ability to meet her own needs was extremely compromised. She found herself unable to cook, and after a bad fall in the bathtub, she was afraid of being independent in the bathroom, and hadn’t taken a bath in a year and a half. Her housekeeping was beginning to deteriorate, and she was not able to manage her medication administration.

This all began to change when she met Carol Wilson. Carol spoke with Ella and did an assessment, and after the pair prioritized what was most important, it was time for JFS to intervene. JFS's Fund for Jewish Human Needs helped Ella get a home health aide until she could access other services that she was referred to. For those six weeks, JFS sent someone into Ella’s home twice weekly, which made a “world of difference,” according to Carol.

For Ella, it was life-changing “for her to feel like a lady, like she could get a shower, clean sheets on her bed, have someone empty her trash and supervise her meds,” Carol said.

Ella now receives services from the community referrals, and continues to receive weekly visits from a JFS social worker to talk through issues of depression, loss, and loneliness. Without JFS's involvement, Ella would not have been able to be independent in her home.

Our staff and volunteers stay in contact with older adults in the community with phone calls.

If you or someone you know would like a phone call, or you would like to volunteer to be a visitor, contact Carol Wilson at 610-821-8722 or cwilson@jfslv.org.

Carol has been communicating with Jean*, an older adult aging at home, for the past eight months. During this time, Jean has declined steadily, both in terms of her cognitive status and her ability to manage safely at home. Her nutrition is compromised because she struggles with meal preparation, she feels unsafe in the bathroom, and she has to go down to the basement to do her laundry, which is unsafe because of her mobility issues. Her family is not in a place to support her emotionally, geographically, or financially, so her interaction with Carol and other volunteers in person and over the phone is a huge help to maintaining her way of life. “She represents a lot of the clients who we work with,” Carol said, adding that she, like many JFS clients, are “one crisis away from the next step.”

* All names have been changed to protect our clients’ privacy.

Through The GO Program, administered in partnership with ShareCare Faith in Action, a Bethlehem-based nonprofit, we provide needed rides to older adults in our community.

Annie* and Robert* are from the former Soviet Union, and both survived the Holocaust. Their personalities are “lovely, wonderful, intriguing, and engaging,” according to Carol Wilson, but they have been struggling greatly with day-to-day tasks. Both Annie and Robert deal with significant health challenges and food insufficiency. Their independence is compromised because they are unable to drive, and further limited because one has begun to show signs of cognitive decline.

One day, Annie and Robert reached out to JFS, which Carol soon realized was very “unlike them,” because they tend to feel uncomfortable with asking for help. Carol connected the couple with JFS in Philly, which offers a center for Holocaust survivors that plans events and helps people avoid loneliness. Annie and Robert received a ride from their home in Bethlehem to Elkins Park, PA, to attend a Café Europa event they enjoyed last year.

“It allowed them an opportunity to have a change of pace,” Carol said. Instead of spending the day in their tiny, un-air-conditioned apartment, they attended a fun event which allowed them to “mitigate the effects of social isolation, see people like themselves, receive support, and have a nutritious lunch, all with the transportation provided.” Just one excursion, just one program, provides our older adult clients with so much.

Our professional counselors are here to help older adults with a full range of issues including:

Guidance for Children of Aging Parents

Our older adult outreach staff is available to meet with children of older adults who are looking for guidance as they care for their aging parents. Staff will work on themes of loss, transition, independence and control. Contact Carol Wilson at 610-821-8722 or cwilson@jfslv.org to learn more.

When Carol Wilson met Margaret*, she was living independently, yet wondering whether she should stay at home with support or think about moving to a residence. In addition to helping Margaret work through this complicated decision, Carol spoke to her children, who live out of town, via emails, phone calls, conference calls, and seeing them when they come to town. “I meet them and I spend a lot of time listening about what their perceptions are, and then I get [Margaret’s] version of the story,” Carol said.

In Margaret’s case, Carol helped her children understand that the medicine administration system and smartphone they had given her were causing her a lot of stress. She hadn’t spoken up for fear of offending her children, but thanks to a mediated discussion with Carol, the family was able to express their feelings and make choices together.

Carol also helped Fannie*, who moved from out of state to live with her daughter, and was dealing with challenges in terms of blending two households into one. When her daughter said it wasn’t necessary for Fannie to bring her own furniture, although it was well-intentioned, Fannie began to feel stressed, to the point that “managing both of their needs, wants, and wishes had been extremely problematic,” Carol said. In the end, Carol “spent a lot of time with each of them alone and together, supporting them to help them share their versions of the story and come to a resolution.” 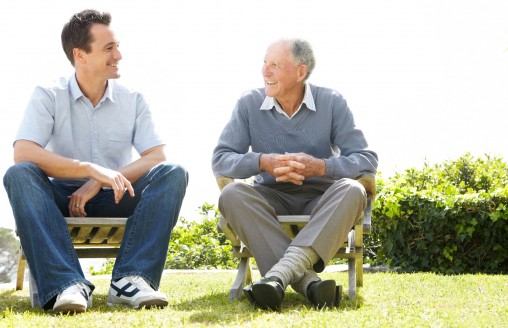